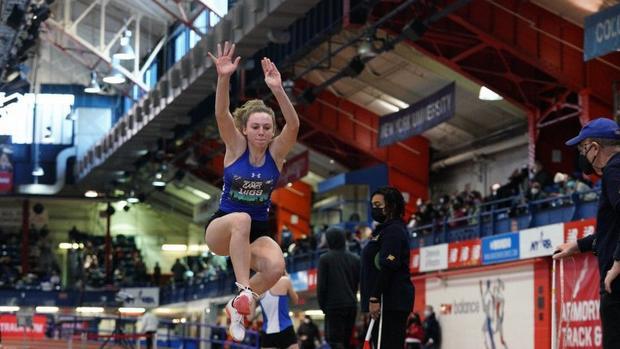 The last FCIAC indoor championship was held eons ago back in February 2020. Among the big winners in 2020 for the girls were Fairfield Ludlowe junior Tess Stapleton in the 55H and long jump, St. Joseph junior Nia Christie in the high jump, and Trumbull sophomore Kali Holden in the 3200m. Holden is back this year, and Stapleton's sister Tia Stapleton could be in the running in the high jump and long jump. On the boys side, Brien McMahon senior Korey Martin the 55m, Ridgefield senior Simon Jupp in the 300m and 600m Ridgefield junior Charlie King in the 1000m, Staples senior Morgan Fierro in 1600m, and Ridgefield junior Charles Namiot in the 3200m all had big wins, but none of the individual boys champs from 2020 return for this year's meet.

We quite understand that any preview of a League meet that features team competition is subject to many unknowns, as there is no certainty about which athletes will be participating in an event until they step to the line. In addition, the FCIAC divisional meets were knocked out by the blizzard on Saturday. So on the following two pages are the listings for the top performers in each event for the boys and girls from the MileSplit database. There are many local meets that are not included in the data.