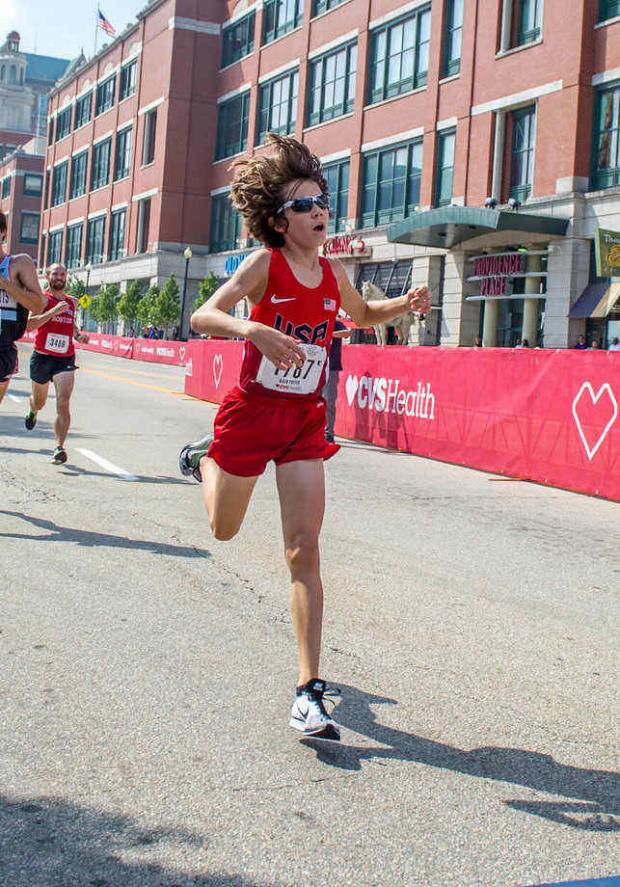 His time was good enough for 37th place in the race, which is also the USATF New England 5k Championship. Brown graduate Jordan Mann won the race in 14:33.4.

"Going into the race I was confident that I would break the world record" Puffer stated.  "The week before, I won the New York Road Runner 5th Avenue mile for my age group in a time of 4:44 and I was feeling that I was in great shape.

The 13-year old didn't go into the race with a specific strategy.  "I just ran and tried to be on pace. At the first mile marker, I ran a 4:49, which was way too fast, so I slowed down a little bit to try and pace myself, but my first half was way faster than the second half. I didn't mean to go out fast, but I was anxious to be on pace."