Well we are solidly in the middle of the cross country season and most teams have run their last invitational.  Now is the time to reflect on the season so far before we turn our attention to conference meets which are a little more than a week from now. 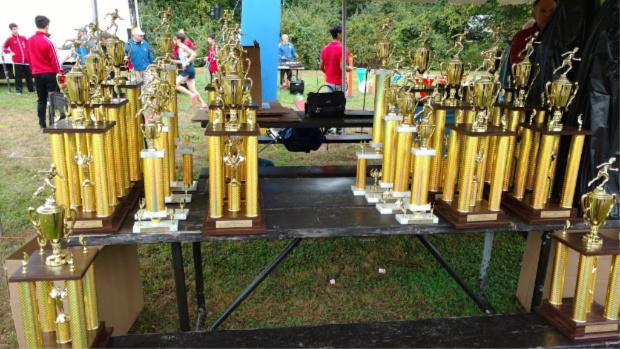 Wickham Invitational to get a look at the state meet course or one of the many out of state invitational and competed against some new teams.

Many teams go to the Wickham Invitational to see how they stack up against their competition.   Well if you were looking to see where your team will finish at the end of the season, you won't be able to figure it out from this weekend's results.  On the boys side, many of the better teams were missing a runner and if I had a dollar for every coach that told me where they could have finished, I would have paid for the gas on my hour long ride to Wickham.

Concord High made the trip down from New Hampshire without their number five runner Aidan O'Hern who ran 4:19 for 1600m last spring.  You can't move up any higher than 1st place and they are very tight in the 4-5-6 spots but O'Hern does have some big upside and potentially could have finished in the top 20 to lower their team score.  But I guess we'll never know.

Tolland shocked many people by finishing as the 1st Connecticut team and beating nationally ranked Xavier. But it wasn't that shocking to anyone who has watched the middle school state championships and watched them place 2nd three years in a row.  Those same runners who had success in the younger grades are now sophomores, juniors and seniors.

Coach Brendan Elliot, who has led the Eagles to four straight class championships from 2008- 2011 plus the last two consecutive, was happy with the results.  But he added, "we certainly have room for improvement going forward and we feel this Saturday's race was a good test to assess where our training has brought us at this point in the season."  One of the biggest threats is junior Killian Mcnamee who was Class M champion last year but was their fifth man on Saturday.

Elliot stated, "Killian is taking a little time getting up to speed.  He is certainly training well and I believe will continue to have a greater impact as we approach state's and hopefully the State Open as well."

If McNamee could have finished in the top five or six, Tolland might have come away from the meet with the overall win.  But I guess we'll never know. 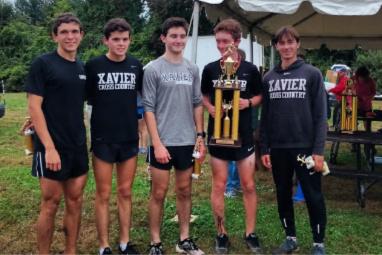 Of course everyone assumes Xavier is the team to beat.  They took the State Open, New England and NXN regional titles last year with a strong nucleus returning.  But unfortunately, junior Robbie Cozean is nursing an injured foot.  He earned All State and All New England status as a sophomore in cross country and ran a 14:53 5k on the track last summer.  He came into the season as a contender for the State Open individual title.  If he finished with the Falcon's top three runners, they could have knocked about 40 points off their score and taken the win.  But I guess we'll never know.

The boys from Hall High in West Hartford are one of the few top teams that ran to expectations.  But even the Warriors could have dropped several points.  Senior Miller Anderson is much better known for his track prowess with a 1:52.93 800m time to his credit.  He was also State Open champion in the 1000m indoor 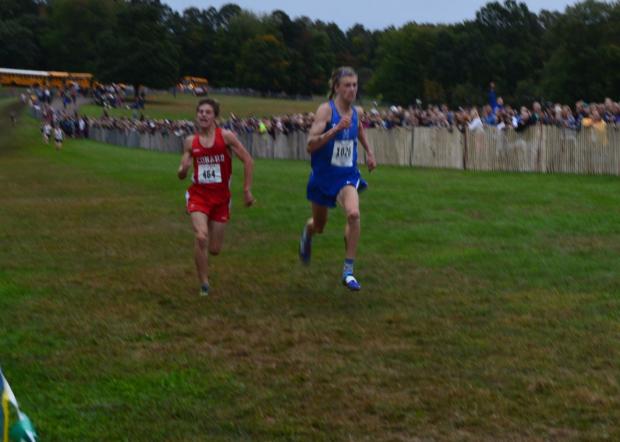 and 2nd in outdoor New Englands in the 800m.  Anderson ran the race of his life over the hills of Wickham and used his finishing speed to out kick freshman phenom Gavin Sherry of cross town Conard High for the win.  The funny thing is, Anderson isn't the best cross country runner on his team.  That honor usually goes to Trey Cormier who has a 9:08 3200m to his credit and has only been beaten by his teammate once before in a major XC race.

It seems Cormier has also had a foot injury and has been brought along slowly this season.  Wickham was his first race of the season and he was just getting the rust off.  If Hall could have gone 1-2 on Saturday, they could have moved up from 4th to 2nd and been the top CT team.  But I guess we'll never know.

Staples only finished six runners on Saturday and it was noticed that their number five runner Luke Lorenz wasn't in the results. Lorenz has solid times of 4:26 for the 1600m and 9:42 to 3200m and is one of the top returners in the FCIAC.  If he can get back into Staples' top three, the Wreckers could have been runners up in the meet.  But I guess we'll never know. 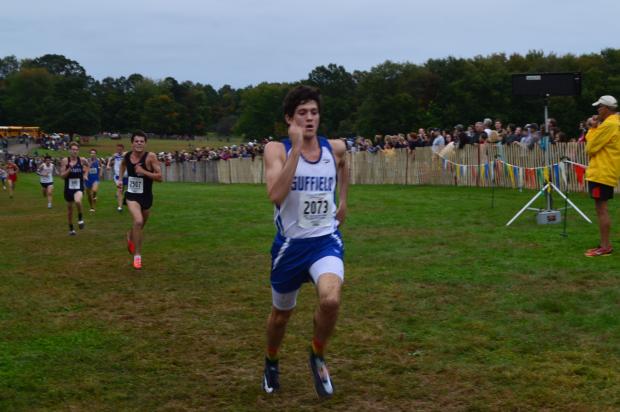 Suffield is one team that surprised many with their 5th place finish on Saturday, only one point behind Hall.  But like Tolland, their middle school team has provided an excellent feeder system and the results are starting to pay off.  Four years ago, the team finished 3rd in the Middle School Cross Country Championship and two year ago, Nick Sinofsky came away with the individual win.  Last year Sinofasky transferred to Williston Northampton in Mass where he ran an outstanding 3:58 1500m as a sophomore.  Well he is back in his old blue and white uniform and he has reenergized the Wildcats.  The rest of the team has improved a great deal as evidenced by Charles Brydges who knocked almost a minute and a half off his time from the class meet last year.  In short, Suffield is good this year.  That, we do know. 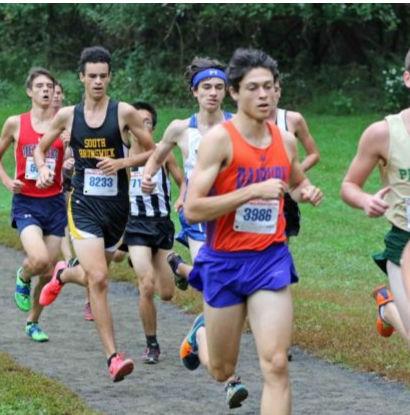 in the Shore Coaches Invite at Homdel Park in New Jersey.  Homdel is the site of the Garden State's Meet of Champions since the late 70s and is one of the most famous and challenging XC courses in the nation.  The Hatters held their own against New Jersey's best and finished 5th in the all meet merge with a team time of 1:24:45.  Few teams have run Homdel and Wickham in the same season so a comparison is difficult.  But there is no doubt Homdel is at least as difficult as Wickham.   Their team time would have put them somewhere in the top five in the championship race against the other CT teams.   But then again, we will never know.

Amity boys headed to another classic course by crossing Long Island Sound and ran the St. Anthony Invite at Sunken Meadow State Park in Kings Park, NY. The Spartans finished 5th against 48 other New York teams. Senior Connor Visnic took 3rd over the 5000m course in 16:39.   While that time might not sound that fast, it is for a course the has a feature known as "Cardiac Hill."  It is estimated, the course is probably 20-25 seconds slower than Wickham so his time would probably be in the to five or six at the Wickham Invite.  But we will never know.

This year is probably more competitive than any other year in recent memory.  We have five to six teams that have a legitimate shot at winning the State Open.  Tolland, Xavier, Hall, Staples, Suffield and possibly Danbury all have chances to make it on to the award stage at East Catholic High School after the State Open. I guess we will know then.