With 30 teams in the Central Connecticut Conference, scoring under 50 points in very difficult.  If any team

can accomplish that feat this year, it will be Hall from West Hartford.  They return four varsity runners from last year's championship team that scored 42 points to runner up Tolland's 90.  Hall brings back seniors Trey Cormier and Miller Anderson who ran 9:08 and 9:24 respectively for the 3200m last spring.  Cormier is the defending CCC champion while Anderson sat out last year's meet with a minor injury.

Neither has the same success in the cross country post season as they have had in track but they are hoping to change that this year.  Hall cross country coach Jeff Billings said "we've gone back to basics this summer and stopped being as creative with their training."  If those track times convert to the trails this fall, both should be able to finish with some very low places in their conference and state meets.

We all know it take five to score in cross country and Hall does have plenty of depth.  They return five boys who have broken 10 minutes in the 3200m along with two others who have run 10:05 or better.  More will be known about the team's summer preparation on Monday evening when they run their annual time trial.  Many teams run time trials, but the Warriors do it a little bit different.  Coach Billings assigns each group a pacer and doesn't tell the runners what they pace is.  They merely have to hang on to the pace as long as they can and finish hard at the end if they are able.  This event brings out a number of alumni and even Billing's uncle Amby Burfoot who won the 1968 Boston Marathon. 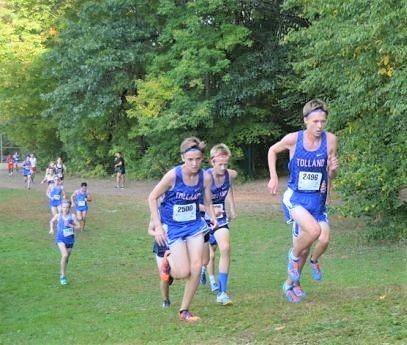 State Championships the past few years.  The team is made up of mostly rising juniors and sophomores, but don't let their youth fool you.  They have five returning runners who have broken 10 minutes for 3200m.  The Eagles will be led by junior Killian McNamee who was 3rd in the CCC last year and Class M champion.

Tolland knows how to prepare for the post season.  They won four straight Class Meet titles from 2008-2011 with a State Open crown in 2010.  The Eagles have also won the last two Class M titles and will be searching for their 3rd straight this year.

Two other teams that might move up significantly in the standing might be Conard and Manchester.  Gavin and Callum Sherry went 1st and 3rd in the CT Middle School Championships last year and will be attending Conard.  Conard will be led by Olympic gold medalist Lindy Remigino's grandson, Tyler.  The elder Remigino was a Hall of Fame coach at Hartford Public, passed away this summer, but not before he passed on many lessons to his grandson who ran 10 :00 for 3200m last year as a freshman.

It isn't often freshman earn All State in cross country.  But Aidan Puffer, who is enrolling at Manchester High has already set several age group world records.  His first world record was in the 11 year 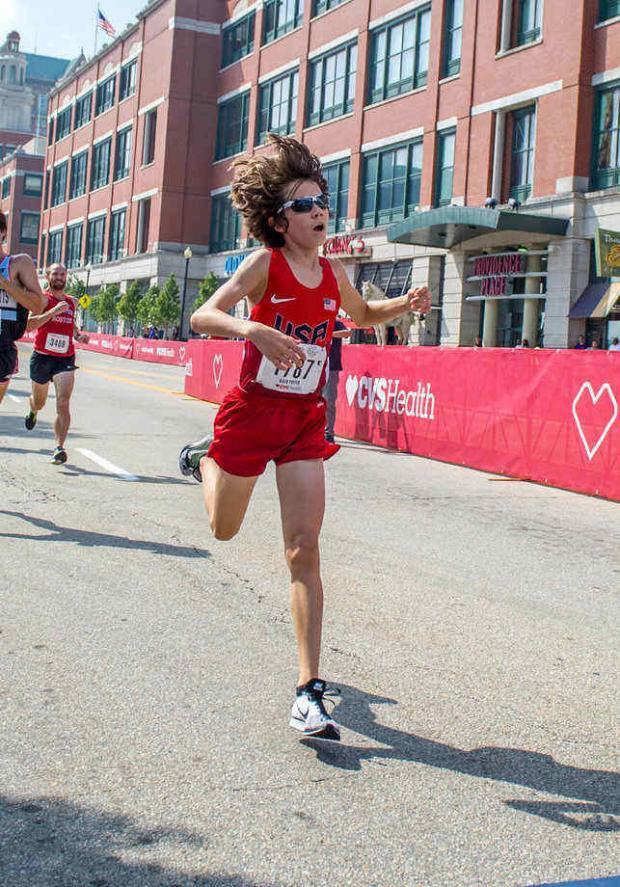 old age group where he ran 17:06.05 at the Battle Road Track Club Twilight Series meet at Bentley University in Waltham, MA.  He set another record by running 16:11 last September at The Downtown Providence 5k in Rhode Island.  Then in April, Puffer entered the B.A.A. 5K during Boston Marathon weekend right before he turned 14 and finished in 15:47 to break his own world age group record.  While running on the roads is much faster than running on the trails at Wickham Park, his track personal records of 4:41 for the mile and 9:11 for the 3k show that he has the potential to qualify for New Englands this fall.

Between the Hall boys this year, the Tolland boys the next couple of years and Puffer, the CCC should have some exciting competition for years to come.