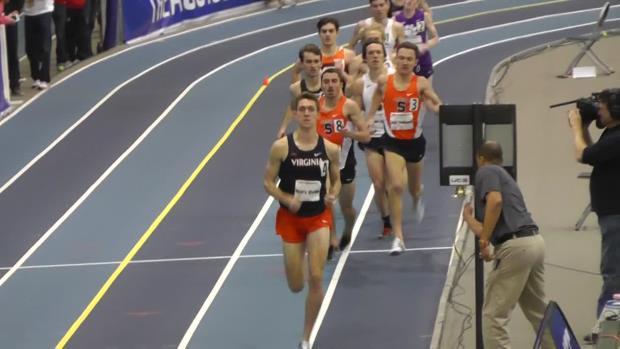 At the ACC Championships, held at the Reggie Lewis Athletic Center from Thursday to Saturday, the University of Virginia junior anchored the school's winning DMR squad (9 minutes, 36.27 seconds), captured the mile (4:01.15) and still had enough in the tank to also place second in the 3,000-meter run (8:03.34). Alone, he totaled 28 points for the Cavaliers, who finished third overall as a team with 64 points. Last month, Wynne became the second Virginia runner in the last two years to break four minutes in the mile with a 3:58.74 effort at the Terrier Classic.

Jeff Mitchell of MileSplit CT was able to capture video of both of Wynne's races at the ACC meet and also talked with the ex-Staples All American after his races.