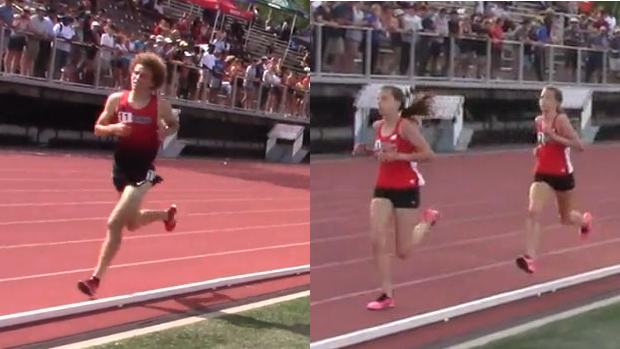 The Class of 2025 started to make their mark on CT track and field this year in a very big way. Most of the heavy hitters among the freshmen at the CIAC Open were girls naturally, but during the season a couple of guys also excelled in the competition with their bigger brothers. Since most of the frosh have wrapped up their seasons at this point, we'll begin the grade class top 50 summaries with them.

Owen Martin (Pomperaug) was the only frosh guy to finish in the Open top 20 with a 9th in the 1600m, but earlier in the season Thomas Matlock of East Lyme got the 18th best throw in CT in the shot put, following up on his 5th-best ranking indoors.

The top 50 frosh performances in each of the standard individual events plus the mile are presented on the following two pages.