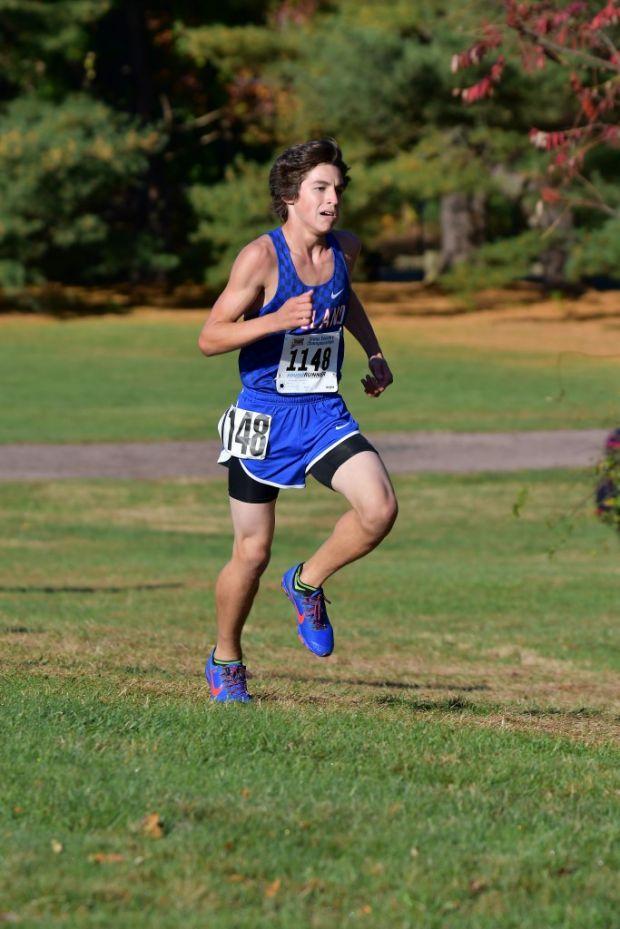 Tolland boys, which won four straight Class M titles from 2008-2011 looks to be starting another streak.  They have already won the last two Class meets and will be looking to add a third on Saturday. They surprised many by being the top Connecticut team at the Wickham Invitational and showed that was no fluke by winning the CCC two weeks later.  Their runners had a 20 second 1-5 gap at their conference meet and since at least one of them should be among the leaders, that means their fifth runner shouldn't be too far back.

Sophomore Jackson Cayward surprised many and led the team with a 5th place finish at CCCs.  Cayward, who broke 10 minutes for the 3200m last year as a freshman had been dealing with some nagging injuries that he has been able to manage lately.

Tolland coach Brendan Elliot said "Jackson had a great race at CCC's.  When he is feeling good anything is possible, he is a very dynamic runner."

With all this talent, Tolland is in no way assured the title.  They will be going up against three other conference championship teams.  Haddam Killingworth qualified for New Englands last year with a 5th place finish at the State Open.  They lost six of their top seven to graduation and still managed to win the Shoreline Conference.

Northwestern Regional won the Berkshire League championship and Woodland won the NVL.  While Brookfield finished 3rd in the SWC, they were only 14 points behind league champion Pomperaug.

But the team that could give Tolland the most trouble is Suffield.  They won the NCCC, but more importantly took 5th at the Wickham Invitational, only 10 points behind Tolland.

Defending champion Killian Mcnamee Tolland probably won't defend his title.  "This season has not been so kind to Killian" said Elliot.  But he is tough and has been working through some IT-band issues that resulted in him not racing at CCC's."

If McNamee isn't 100% there are a number of other contenders for the win on Saturday.  Nick Sinofsky of Suffield ran a 16:36 at the Wickham Invitation, good for 6th place.

Sophomore, Nick Bendtsen won the NVL championship just like his brother Chris who went on to become All Ivy League at Princeton and ran the Olympic Trials in the marathon.  He should be among the top  five along with Brookfield's Jadon Parris 5th at SWCs.

The following projections are based on results compiled from CT.Milesplit's database.

(Corrected to moved East Catholic down to Class SS)