With the cross country season about to start, CT.milesplit will offer previews of the conferences throughout

the state.  First up is the Fairfield County Conference.

Staples repeated as FCIAC champions last year, surviving a scare from Warde who was only four points behind.  While Danbury has dominated the FCIACs over the past twenty years and can never be counted out, Staples is favored to take their first three-peat since the late 80s.

Even though the Wreckers graduated six of their top eight finishers from FCIAC, including Ben Seiple, Will Landowne and Christian Myers who took the top 3 spots, they return a strong JV team who shouldn't miss a beat.  Their top five returners are all among the top 12 fastest times of all returners.  The Staples underclassmen continued their improvement during track with five of them breaking 10 minutes for 3200m.

Fairfield Warde has the benefit of returning top finisher Noah Igram and his teammate Austin Hutchens who is the 3rd fastest returner.  But they will need to build some depth into their line up if the hope to contend once again for the title.

Danbury finished out of the top two for only the fourth time in the last 26 years last year.  But the Hatters 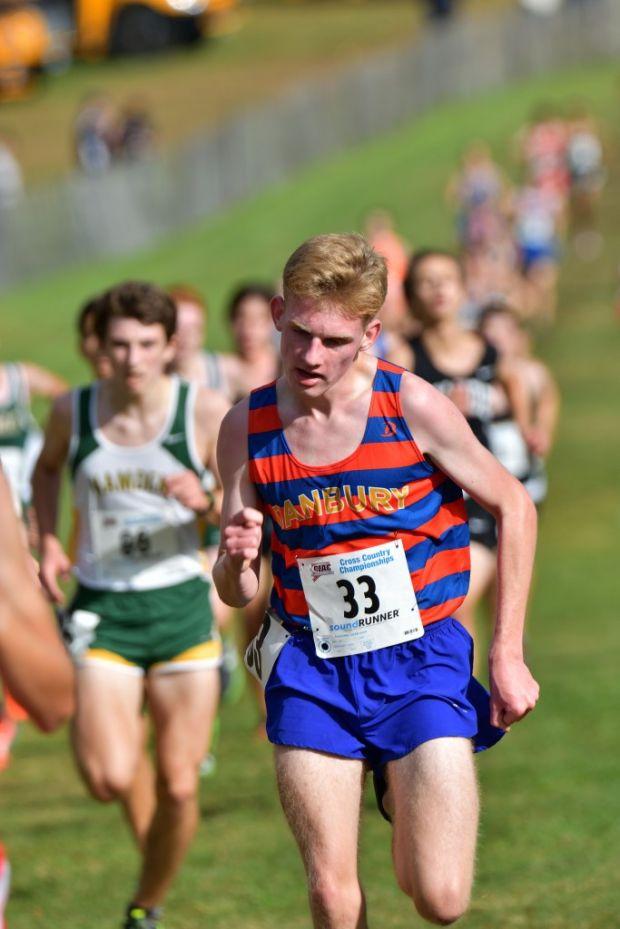 never stay down for long.  They return six runners who broke 17 minutes over 5k on the track and will be led by junior Jacob Hefele who ran 9:33 for 3200m during outdoor track and Malcolm Going who anchored their sprint medley relays to victory at New Balance Indoor Nationals.

Individually, there is no clear-cut favorite on the boy's side.  Ingram is the only returner who cracked the top ten and Kabir Chavan from cross town Ludlowe was 11th last year and took 5th in the Class L outdoor meet with a 9:44.

Staples has any number of runners who can contend for the title, but rising junior Luke Lorenz had tremendous improvement during the spring track season.  While he finished 3rd in the FCIAC JV meet, he dropped a 4:26 1600m at outdoor FCIACs, which is the fastest returning time in the conference.

With all their team's success during the past 25 years, Danbury has only had five individual champions during that time.  Jacob Hefele wasn't even in the top 30 last fall but has improved to be the top returner over 3200m with a 9:33 at the Class LL championships.  He also showed off his distance prowess with a 15:43 5k at the Amity Midnight Invite which gives him the credentials to mention him as a contender.

Here are the projected boys scores based on returners from last year's FCIAC meet: