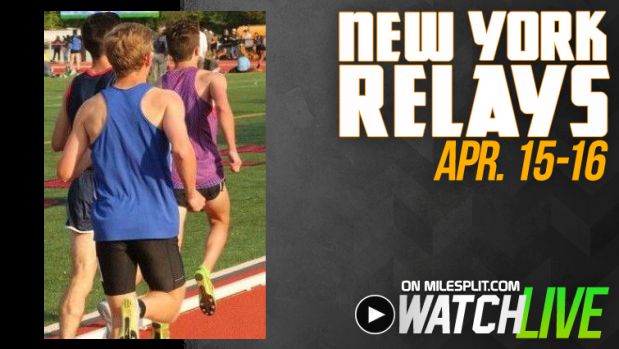 The New York Relays this weekend, which will be LIVE streamed by MileSplit, will feature several outstanding athletes from across the border

Windsor's Kyshawn Bonner, a sub 22-second 200-meter runner, is entered in his specialty. He'll be joined by other top sprinters, Ridgefield's Jeff Storm and Danbury's Devonte Clarke. a second-place finisher in the 55m dash at the State Open this past winter. Clarke will also test his speed in the 100m.

Danbury's Leah Sarkisian, a 2:14 half-miler, is scheduled to compete in the 800m.

Among the talented field in the Invitational Mile is Ridgefield's Gabe Altopp, who boast a best of 8:38 for 3K and 4:27 for the four-lapper.