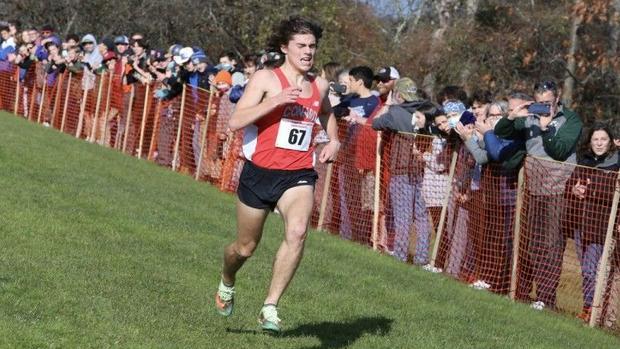 Running at the New England XC Championship has always been a little different than the state championship meets that happen the week before. Most of the teams at NE XC were generally pushing a little harder a week earlier on more familiar courses to do well in their home state competitions, and sometimes a key runner or two may be missing from the regional contest. Indeed, some top teams and runners that qualified for NE XC chose not to attend.

As at NXN from 2004 to 2019, very few teams run even close to their standard ratings at the bigger championship, and it is even rarer for teams to equal or exceed their average level. The teams that do well at NE XC or NXN are simply the teams that have the least drop-off from their state championship or NXR meets. So this year for the boys, VT's U-32 posted a 168 SR that was a little below what the Raiders got at St. Albans for the VT Meet of Champions the week before, but it was almost exactly what they did two weeks before at Thetford while winning the VT State Championship. Seemingly a surprise in 2nd was a La Salle Academy team that posted a considerably downscale 159 SR at RIIL, but the Rams were missing their third guy there and had already shown in a 5th at the Manhattan Invite that a 169 SR was very doable, so a 165 at NE XC was not much of a shock

Likewise on the girls side, six teams competed at NE XC came in with 100+ SRs but only the champ New Milford team actually reached that mark (with a helpful roundup) at 100, which was still well below the 108 mark at the CT Open. ME champ Bonny Eagle ran well enough with a 93 SR while closing up its 1-5 split to under 2 minutes to move up from the projections.

And that brings us to the individuals' side, where most of the runners had SRs that were down from a week before, but a few had explosive performances. Conard's Gavin Sherry had turned in a 196.48 SR while winning at Ocean State in late September that had boosted him to US #2, but he missed the October competitions due to illness and in the meantime four more runners posted higher marks. After the CT Divisional and Open meets last week took him fairly close to his top mark, the NE XC served as a showcase as Sherry blasted to a 197.73 rating with the 4th best time at Thetford that placed him at US #3 behind only Newbury Park CA's Colin Sahlman and Leo Young.

Another guy having a great day was Manchester CT's Aidan Puffer in 2nd who pumped up his top SR to a likely US #12 with a 193.93 mark. Callum Sherry didn't quite reach his top mark of 192.37 (now probably US #17), but he was also over the 190 mark at Thetford. East Lyme CT's Luke Anthony, Newington CT's Michael Bohlke, and St. Johnsbury VT's Evan Thornton-Sherman were close to their season's best in 4th, 5th, and 6th. Cracking the 180 mark for the first time this year was Lebanon NH's Birhanu Harriman in 8th at 180.8.

Speed ratings for NE XC are available at the Tully Runners site.