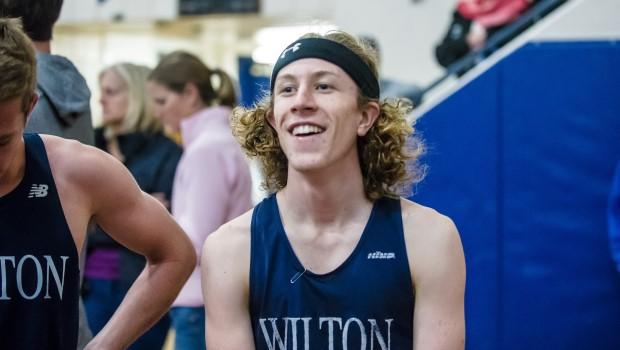 WILTON -- On an estimate, Spencer Brown said he owns about 10 headbands. The colors differ and he never wears the same one when racing.

“I try not to wear one specific one because if I have a bad race, I don't want it to be the headbands fault," he said.

It's not too often though the Wilton High senior distance runner has a really bad race.

Brown, who is headed to Georgetown this coming fall to run cross country and track, sports long curly hair and accompanies his look with his trademark “cool socks" that he likes to switch up from time to time. Brown's eclectic look matches his self-described wild and funny personality.

While his look is easy to identify, Brown has flown a tad bit under the radar in the state of Connecticut in his high school career as a distance runner.

Overshadowed at times by former Connecticut greats Henry Wynne, Christian Alvarado and now Darien senior Alex Ostberg, Brown has quietly put together his own impressive resume and looks to leave his mark as one of the best distance runners.

“Henry Wynne, Chris Alvarado, both I look up to them and I want to be like them," Brown said. “Having those guys, it's really helped me, it's a really competitive state and they've helped me get a lot better. I want to make indoor and outdoor track special (and) prove that I am a national-caliber athlete."

Brown will be racing this Friday and Saturday at the Yale Classic at the Coxe Cage. He'll be running the anchor on the distance medley relay Friday night (7:45 p.m.) and on the 4x8 Saturday.

“The relays, sometimes they aren't credited as much. We're going to be trying for our school DMR school record, which is10:50."

Brown, who started running in elementary school and was influenced by his dad, Keith, who ran for the University of Michigan, is coming off a solid cross country season where he ran a season-best time of 15:38 at the State Open to finish third.

But Brown said he enjoys the track the most. He holds seven schools records in indoor and outdoor combined and has improved every year. He didn't compete in indoor until last year as he took a break and took part in swimming instead.

“I feel confident on the oval," he said.

Brown said his best attribute is his speed. He said he's gotten better at being more confident and taking the lead, but in the bigger meets, likes to sit back and wait to make his move.

Most recently, Brown ran a state-leading time of 2:28.84 in the 1,000 meters at the Elm City Coaches Invite. That time is also one of the top in the nation, according to the milesplit.com rankings.

“Definitely I want the state record," Brown said of the 1,000. “There are some really good 1,000 runners though, like Randy Neish (Glastonbury) is one of them."

While those are realistic goals for Brown, who Gerweck calls “the best guy we've ever had," there are more. Brown said a team title is something on his radar. He labeled Wilton as a dark horse and could surprise some people.

“He's really sort of matured as person in terms of learning his responsibility to the team," Gerweck said of Brown. “Now it's, how am I going to do, and how is that going to help the team."

Added Brown: “As long as I can show progress and run well, it's OK with me if I don't get the records." 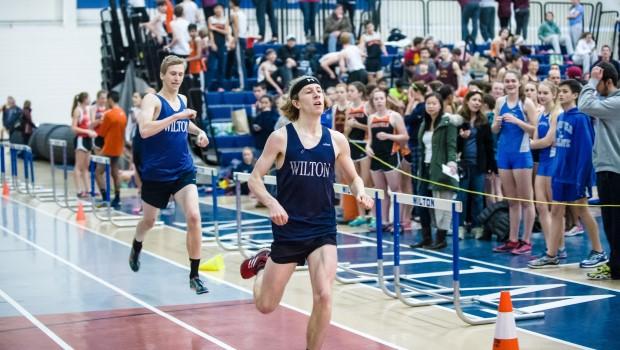