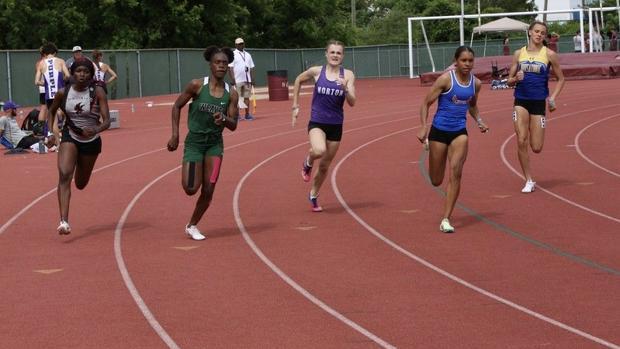 The CT contingent was out in force at the New England Championship on Saturday June 11th as the athletes and teams tallied up well over half of the wins in the battle of the six states. The boys took eight titles and the girls were an even more dominating twelve-win machine. Even when the CT tracksters were not winning they might still post a CT #1 time on the year. Five days after the CIAC Open and back again at Willow Brook Park in perhaps a slightly more relaxed setting, a number of athletes also bettered their state championship mark by nice margins.