winds its way throughout the wonderful paths of the Winding Trails facility in Farmington.

Large School Boys
The race will feature several top individuals in the state led by last year's State Open runner up Brendan Murray of Cheshire.  The senior, who has run 9:06 for 3200m last spring looks to be the favorite. Chasing Murray will be last year's Winding Trails champion Max Kocshzitzke of New Canaan.  Both runners will contend for their respective state titles in October.

New Canaan is the defending champion and should repeat because Newtown and Pomperaug had their dual meet this week postponed until Friday and won't compete on Saturday.  Cheshire has some power upfront, but will need to move up their 4th and 5th runners to contend. 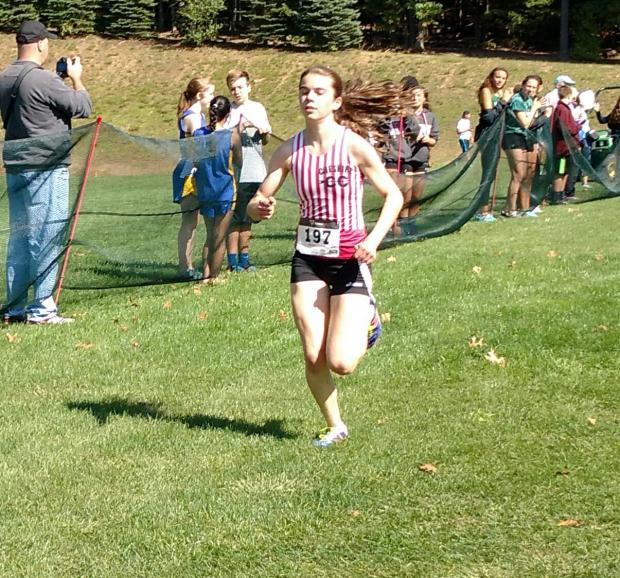 With two All State girls in the race, it is sure to be fast. Lauren Daddi of Cheshire and Lu Hage of Newtown finished 17th and 21st at the State Open last year and will challenge each other for the win.  But don't count out Avon's duo of Haley Gens and Sara Leavens who went 1-2 at last week's Connecticut River Valley Invitation.

On the team side, with Pomperaug sitting out the meet,  that puts Avon in the driver's seat.  Avon put five in the top 10 at Connecticut River Valley last week and was 2nd at the Windham Invite on opening weekend. Cheshire should have a strong team if Lauren Daddi is at full strength.  But Newtown, who will compete, gave 5th ranked Immaculate a real scare in their dual meet could surprise some people.

Suffield's Kyle Englander had one of the top times of the day at the Windham Invitation, running  16;44.  But don't discount his teammate Samatar Wehelie who was 9th in the class meet last year  Also, don't overlook Connor Spencer who broke 17 minutes last year at Winding Trails and should be up front as well.

The defending champions Suffield, look to repeat.  They have the front runners and the depth to back them up.  Northwest Regional can keep it close, but will need to have their fifth runner move up a bit and Ellington has a shot at top three.

At the beginning of the season, no one would have mentioned Emma Drzewiecki of Cromwell as a potential winner of any large meet. But after knocking 5 minutes off her time from last year at the Windham Invite, and breaking 20 minutes at CT River Valley Invite, she should have a shot at the win.  The more obvious prediction has to be defending champion Kathryn Shea of Northwest Catholic who ran a 5:10 1600m last spring.
Cromwell finished 3rd at CT River Valley last week and they will definitely be in the mix for the team title, along with Ellington who was last year's Class M runner up.  The great part about the small school races, is that if one runner knocks off 30 seconds off their time,  there could be an upset.  St. Bernard, Shepaug and Nonnewaug could all be in the mix as well if they have an unknown addition to their team.
Virtual Small School Girls Meet
Coverage of 2016 Winding Trails Invitational
Meet Schedule