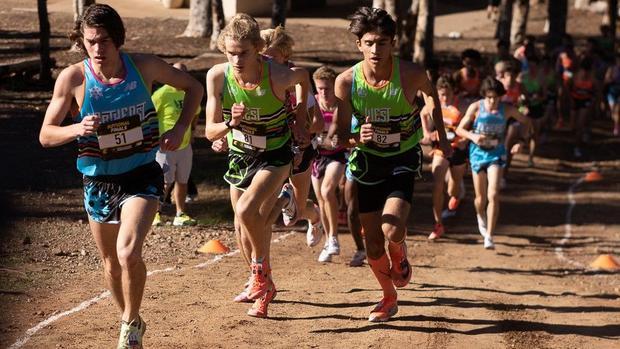 An historic year for CT cross country wrapped up at Eastbay Nationals in San Diego as Conard's Gavin Sherry dueled at the top before finishing 3rd behind Riley Hough of Hartland MI and hometown guy Keenan Pala of Francis Parker HS. Sherry moved up eleven places from 2019 and he led both the CT quartet of Aidan Puffer of Manchester (13th), Michael Bohlke of Newington (24th), and Luke Anthony of East Lyme (26th) and the ten-man Northeast contingent. The NE team placed 2nd to the Midwest team 32-49, but they also teamed with the dominant NE girls to give the area the best combined score of 78, eight points better than the MW.

Sherry, Puffer, Bohlke, and Anthony are seniors, and the successes of 2021 were fueled by a storied class on NY runners. The top nine guys at the CIAC Open were seniors and included Gavin and Callum Sherry in 1st and 2nd, then Puffer, Anthony, Bohlke, Eamon Burke of Xavier, Jack Martin of Avon, Nikita Omelchenko of Wilbur Cross, and Walker Beverly of Hall. Ridgefield sophomore Steven Hergenrother will be the top returner for next year's XC campaign.

On the other hand, the 2022 track seasons should be barn-burners both indoors and outdoors as C'22 leaves its final mark in history.