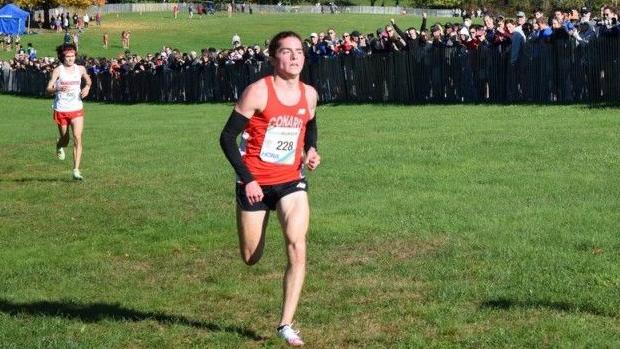 Okay, so the originally scheduled Saturday Divisional scene at Wickham Park was far less of a drencher than expected, but still, on Monday the guys' six different Class championships will be in full swing instead. Every team contest could see some drama, and the meet also arrives with some mystery about whether a couple of key runners will be able to make a go of it.

Many questions hang in the air? Will anyone dive below 15:00 and take down Alex Ostberg's course record of 14:58 or his Class L record of 15:21 or Gavin Sherry's 2019 Class LL record of 15:24? The Sherry brothers are in L this year, but LL guy Aidan Puffer did 15:35 in his 2nd at CCC while Callum Sherry posted a 15:31 in 1st. Doesn't sound like a stretch that records could go down with potentially a well-rested and recovered Gavin Sherry in the mix. Conard's record 2019 average time of 16:22 for a Class meet could also be in play.

Many of the team contests will hinge not only on the record-challenging guys up top but also that all-important fifth runner, who in a year of limited depth for many teams will be the difference to having a trophy hoist, or not. That gut-check last ascent to the finish line will likely see a few team fortunes tipping in the balance up or down.

Deciphering the clues about how CT teams stack up is challenging since the squads run on courses of many different distances and terrain types, meet results are sketchily reported and some of the league contests including the Berkshire never sent in their data, and few of the teams ran in meets that got speed rated. So as always, there is a huge amount of uncertainty about what will happen at the Divisional meet. We have set up the ratings on the presumption that teams are at full strength, health, and happiness, though unfortunately that will not be the case on Monday for everybody.

For the bigger classes, we have tried to use some historic data to estimate what a team's average time would be on a standard day running the Wickham Park 5K. Some 5K courses such as the Veterans Memorial Park used by the Naugatuck Valley Conference appear to run extremely fast in comparison to WP,  and same is true for the FCIAC's Waveny Park, and some adjustments to ATs at the league meets have been made in the larger classes. Despite its flat setting, the SCC's East Shore Park has historically produced top teams that have gone on to improve their times at WP during Divisionals, though this year we added 15 seconds to marks because of the cited 75 meter shortfall of a full 5K. Apologies to any deserving team that was missed, but again, if a team runs in the forest and no one any of us knows hears the results . . .

We've made our best stab and putting together a lineup of the six guys' Class races, which begin on Monday for them with M race at 9:15 AM and end off with the SS race at 3:10 PM.