The Loucks Games in White Plains, NY always seems to bring out the best in CT athletes. The 3200n on Friday night once again brought together a national caliber field and several in state athletes crossed the border to take part in the action.

Alex Korczynski of Windham continues his outstanding senior year by running a big PR of 8:56.59. He finished 3rd in the race won by Mason Gatewood in 8:55.00. Korczynski, who has committed to Northeastern becomes the 5th boy from CT to break 9 minutes.

While Korczynski may have been the top CT finisher, several others had equally big days and displayed the depth of Connecticut distance running.  Dartmouth bound senior Drew Thompson of Fairfield Prep just missed breaking the 9 min barrier by finishing 8th in 9:01.08 with Staples senior William Landowne finishing a place behind in 9:02.85. That 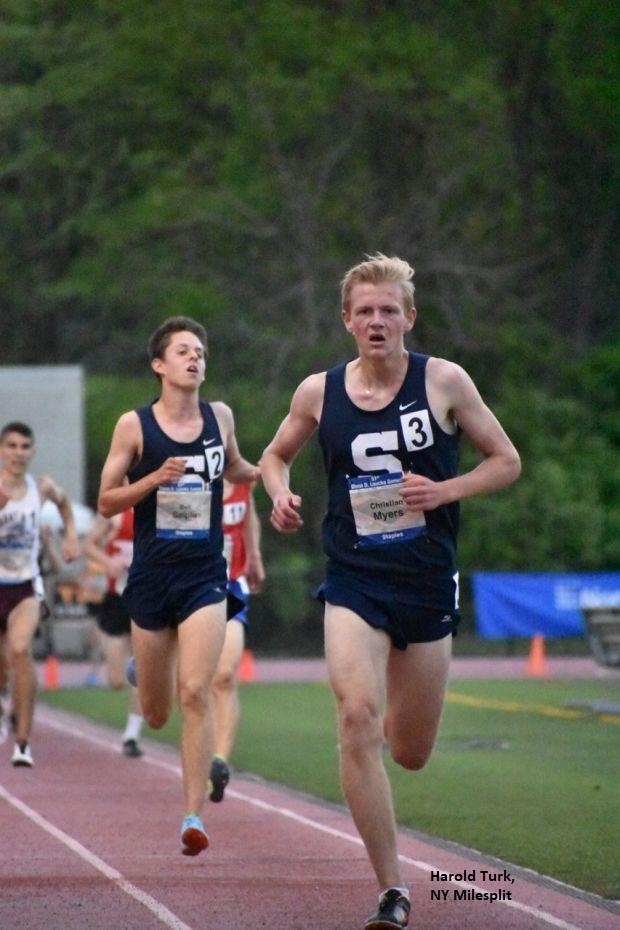 wasn't all for our local athletes. Hall junior Trey Cormier is putting himself in position to become the next Nutmegger under nine minutes by taking 12th in 9:08.75.

Staples didn't win the State Open in Cross Country this fall, but they can now boast three runners at 9:15 or better when Christian Myers and Ben Seiple went 1-2 in the unseeded heat in 9:15.23 and 9:15.

On the girls side, Rocky Hill sophomore Elizabeth Stockman showed she is a legitimate threat to break some records at the end of the season.  She finished third in 10:32.84 behind fellow 10th grader, Kate Tuohy from North Rockland, NY who set the national high school record of 9:47.88

Other performance of note include Carly Swierbut of Newtown breaking the All Time SWC 200m record with her 24.97 2nd place finish.

Princeton bound senior Emily Philippides of Greenwich improved upon her state lead in the 800m with a 2:13.28, which was good enough for 2nd.  Her teammate, Hetty McMillian took over the state lead in her 3rd 2000m steeplechase of the season with a PR of 7:20.61.

Marcus Manson of Windsor has taken over the top spot in the 400IH with his 54.36.  The senior is now leading the state in both long hurdle events after he ran a 38.33 at the Viking Invitational in April.

Eli Nahom of New Milford qualified for NBON in the 3000m steeplechase, running 9:43.41 which is good enough to crack the top ten time nationally.  On the same day Eli was running his first steeple, his sister Mia was helping UConn take 4th place in the American Athletic Conference championship by finishing 4th in the same event with a 10:33.60.

Last year's State Open 1600m runner up, Alex Mocarski of Fairfield Warde ran a 4:14.69 for the full mile which was good for 2nd place on Saturday. His time, which is currently the 31st best time in the US,  takes over the state lead in the event.

Crosstown rival, Ian Bartlett of Fairfield Warde, had the fastest time of all underclassmen last year in the 800m.  He finished 5th at Loucks in his specialty and has taken over the state lead with a near PR of 1:54.28. 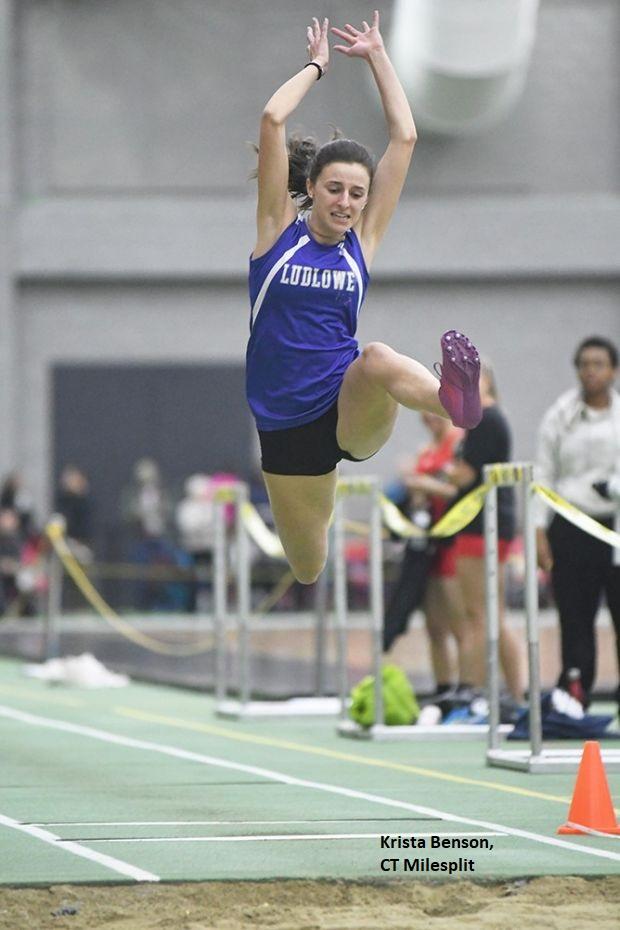 Ludlowe freshman Tess Stapleton continues to leap over the competition by winning the long jump with a 18'8.5 performance.  Her new personal record, makes the freshman and emerging elite standards for New Balance Outdoor Nationals and is the 11th best freshman jump in the country.

Stapleton came back the next day at the Irv Black Invite to improve upon her state lead in the 100HH with a 14.95 in the prelims and won the finals  in 15.08 and she even went away from her specialties and won the 200m in 25.85.

Coventry's Joseph Lanham also improved on the state's best in the hammer throw at the Irv Black meet with a 181'9 which ranks 22nd in the US.

Saturday at the Greater Hartford Invite, few of the top athletes set PRs due to the cool, wet weather.  One 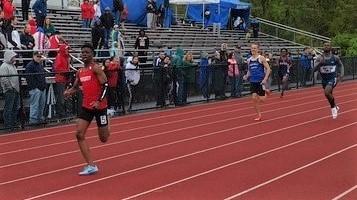 performance of note, that barely missed the state lead was Kymali Hay of University High. The sophomore, who surprised many by winning the indoor State Open in the 300m broke 49 in the 400m for the first time.  His time of 48.77 currently ranks number two in the state, only .24 behind Hillhouse's Deshaune Poole  who ran 48.53 under much more favorable conditions at the Middletown Invite last weekend. With defending State Open champion Jevin Frett of Manchester also going under 49 seconds this spring, the 400m is shaping up to be a very competitive race at the State Open in a few weeks.