When you are a team that has a great chance of qualifying for NXN, you are usually favored to win your 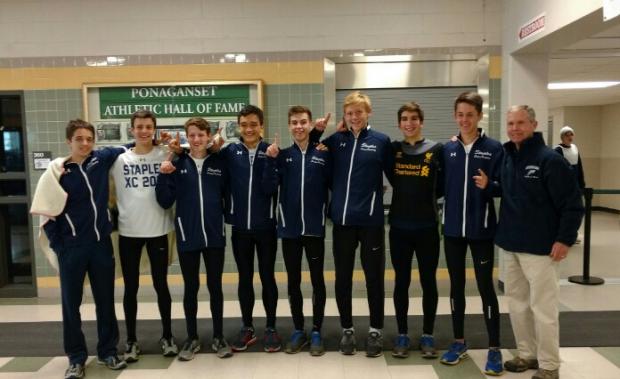 conference meet against the local competition.  The Staples boys should be able to put all five scorers in the top 15 to defend their title.

Fairfield Warde should have three in the top 10 and will challenge Staples, but they don't have the depth the Wreckers do.   The Falcons haven't come away from the County meet with a trophy in 17 years, but they have the runners up front and the depth to something no one in Fairfield has done in their lifetimes.

Alex Mocarski of Warde and Dan Nichols of Danbury went undefeated during the regular FCIAC season, but Mocarski didn't race the Danbury meet.  Staples duo Benjamin Seiple and William Landowne came into the season with the fastest track times but have lost to both in their dual meets.

For the first time in many years, there isn't a clear-cut favorite for the individual title but there is potential to have at least four runners under 16 minutes on Waveny's 5k course.

What a strange season this has been on the girl's side.  Ridgefield and Greenwich are ranked 3rd and 4th in the state coaches' poll but 8th ranked Danbury and 14th ranked Ludlowe have already defeated Ridgefield and Ludlowe beat Greenwich. Confused yet?

Ridgefield, who hasn't finished lower than 2nd in the past five years (with four titles) is in a rebuilding year 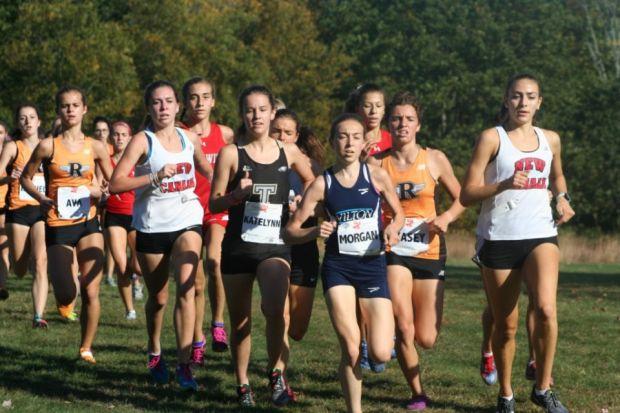 but still finished with an 11-2 record.  While every coach in the league will never count the Tigers out, Greenwich has a little more depth which should give them an advantage in a championship meet.  But the Danbury girls, who haven't finished higher than 9th in the past four years, have made great improvements and look to contend for one of the top two spots.

As for the race for the individual title, defending State Open champion Morgan McCormick of Wilton is back and running great.  It will be interesting to see if she goes out conservatively with the pack like she did last year or take it out hard like she did at the Wilton Invitational.  Either way, she is the odds on favorite to defend her FCIAC title.

Last year's runner up Zoe Harris of Greenwich, has only lost to McCormick this fall but has had several close races with Danbury's Lauren Moore over the past year.  Moore, along with her teammate Alexandra Chakar have improved a great deal and should be in the mix for a top five finish.

Ridgefield junior Gabriella Viggiano was injured last fall, has returned to lead the Tigers and should be up there in the lead pack along with Keegan Simonsen of Fairfield Ludlowe.

Look for CT.milesplit's coverage of the meet along with race videos. Sign up for Milesplit Pro to catch all of the action.

FCIAC All Time Records by The Running Academy