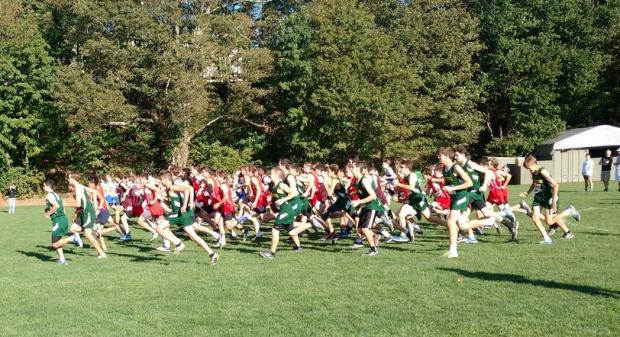 the championship season that begins in three weeks.

First off, Immaculate boys and girls swept both team titles and Angela Saidman won the individual title as well.  Going into the meet, Immaculate coach Brian Hayes was expecting his girls to do well, but was pleasantly surprised when the boys came away with the win.

"We kind of expected to do well on the girl's side, but we really were happy to defeat New Milford (boys) in our dual meet this week and here today.  This puts us as one of the favorites for SWCs"

Both teams were missing one of their top five, so the results in the championships could be different. New Milford was missing number two runner Charles Osborne who finished 10th in the conference last year and Immaculate was without the services of sophomore Ryan McNerney.  With both in the lineup, only a few points would have separated the two teams.

Immaculate's Angela Saidman is undefeated this season and is two- time defending SWC champion.  She went right to the front of the pack and only Watertown senior Bethany Ottowitz could keep her in sight.  Saidman won with a time of 18:52, which was 16 seconds better than Ottowitz who improved a minute and a half over her time last year at this meet.

The Mustangs cruised to the win 26- 61 over Cheshire.  All five of their scorers finished in the top ten.  They are heavily favored to win their class meet, but will run into number two ranked Pomperaug in the SWC meet. 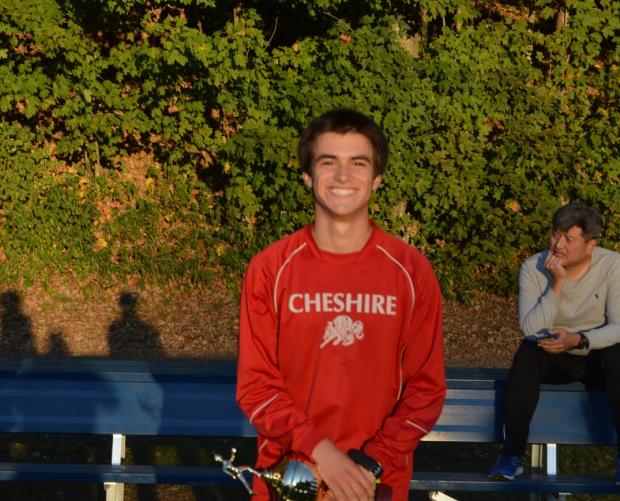 Murray, was forced to drop out of last year's Class L meet due to an aggressive strategy to take the kick out of his rivals.  "I used that as a learning experience" he stated.  "I didn't really race all out during the regular season last year and I'm changing that this year.  The Wickham Invitation will be all out effort and today was a hard effort."