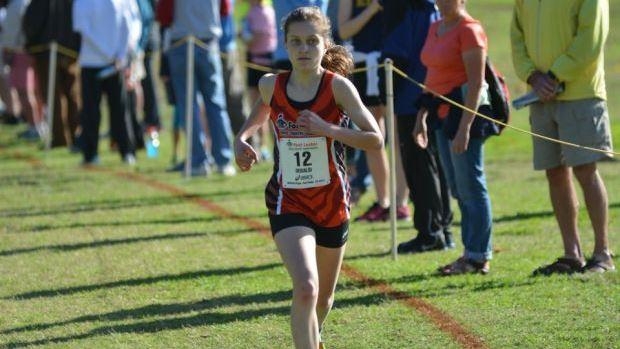 (Can Hannah do it again this year?)

Last year, Staples High standout Hannah DeBalsi captured her second straight State Open title. Can she make it three in a row or will a new champion be crowned. We want your vote. Below we listed seven of CT top returning athletes, an impressive group that includes seven of the top 13 finishers at the 2014 championship meet.

Besides the national-ranked DeBalsi, a two-time All-American at Foot Locker Nationals, the list also features three harriers from last year's team champion Tolland - Hayley Collin, Katherine Deloreto and Caitlin Swanson. Mercy's Mackenzie Pias and Glastonbury's Allison McArdle, who were seventh and eighth respectively at the states last fall, are also among the contenders. Finally, there's Wilton's Mary Lynch, who placed tenth at the Open in 2014.

Now it's your turn. VOTE for who you think will win the individual title, Voting ends Thursday, Sept. 10 at midnight.