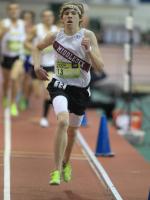 Sort By:
Filter By:

To see all performances, subscribe to start your free seven day trial

Will The Sub-12 Minute Club Grow In 2017 - Van Cortland...
Van Cortlandt Park has been home to many a great performance, and we have them all, ranked through the Top 100....

NBNI 2013 National Boys Preview...
NEW YORK – History was made less than three weeks ago at the Armory in New York City - site of this weekend’s New Balance Indoor Nationals - by a runner that seems to break records nearly every ti...

Middlesex School Runners Among The Elite...
A small sign on Lowell Road, indicating the entrance to the campus, is the only evidence that the Middlesex School is tucked untouched in the woods of Concord. The splashing colors of the changing lea...

NB Nationals: Forbes, Chariho and Hillhouse collect titles
The New Balance Indoor National Championships start Friday morning at the Armory in New York.  MileSplit New England will follow the accomplishments of all the athletes from the region and post updat...