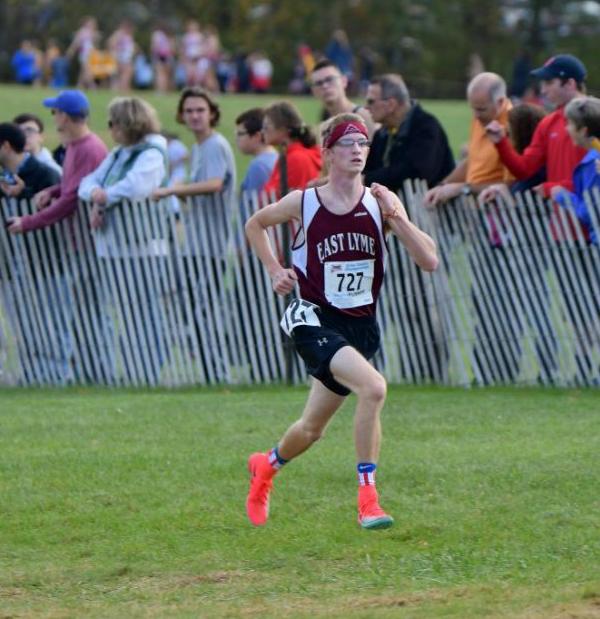 With four of their top five back from last year's Class MM championship team, East Lyme will be looking to repeat.  The Vikings repeated as ECC champions and look to be running well this season.

It would be easy to overlook Joel Barlow with their 8-5 and 5th place finish in the SWC.  But against Class M schools the Falcons look pretty solid. They ran all their best times at their conference meet last Wednesday at Bethel High, which runs very similar to Wickham Park.

New Fairfield's Anthony Golino was Class MM champion last year but he didn't run his conference meet because of a strained quad.  If he runs, he could reach down deep and rely on his pride to get him across the line first, but he will have challengers this year.

East Lyme's Sam Whittaker is the next  best returner and he took 2nd at the ECC meet so you know he is ready to go.  But he will have to contend with his teammate Chris Abbey who stole the ECC championship from his older teammate and could be a major factor.

Robert Doyle's 7th place finish at SWC shows he is able to compete at the higher levels and just might shock some people and run with the leaders.  One possible surprise in the top five might be Patrick Gibbons.  The freshman became the standard bearer for New Fairfield and finished a strong 11th at SWCs.  If he isn't in contention for the win this year, he might be in the near future.

The following results are compiled from performances from Milesplit's database.