Danbury boys and Greenwich girls covered too many events and came away from the Floyd Little Track and Field facility as your 2018 CIAC State Open Champions.

This was the Hatters 13th Indoor Open title in 21 years and their 3rd straight.  They scored 44 points with 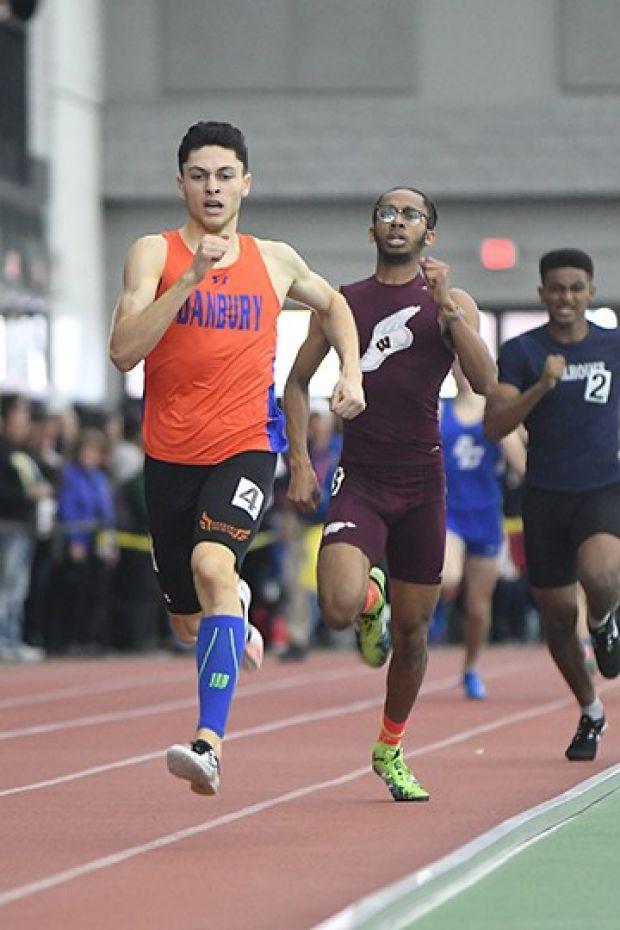 Hall High only seven points behind with 37 points.  Malcolm Going led the way for the champions, starting off his day running a leg of the 4 x 200m  with Sean-Michael Parkinson, Malachius Lorick and Glenroy Ford and helping his team to a second place finish in 1:33.54.

Then in Going's only individual event, he sliced about 2 1/2 seconds off his best time to put a scare in Daundre Barnaby's meet record of 1:20.29.  He crossed the line in a time of 1:20:40 which is the fourth fastest time in the country this season.

To cap off his night, the Danbury junior anchored their 4 x 400m with another victory.  The team of Parkinson, Ford and Lorick teamed up once again and put the final nail in their championship trophy running a 3:28.55.

In the pole vault, Nathaniel Llanos  set his indoor personal record and cleared 14 ft good for 2nd place based on misses.

In probably one of the best races of the entire meet, Danbury senior Daniel Nichols hung on to Footlocker All American Drew Thompson of Fairfield Prep and 9:06 3200m runner Brendan Murray of Cheshire until 450m to go.  Last week, Nichols stuck with the leaders until about the same place, couldn't handle the pace and finished 3rd in the Class LLs.  A week later and a little fresher, the senior struck with just over two laps to go and totally surprised both runners to take the lead.  Thompson was able to regroup and regain the lead and set his all time personal record of 9:12.66 and Nichols held off Murray for an eight second PR of 9:18.98. Four other runners ran 9:26 or better to make this the deepest 3200m field in State Open history.

Thompson, who was the favorite, was surprised at Nichols move.  "I was kind of surprised he was still with us. He's a great competitor and he's improved a lot these past few weeks." 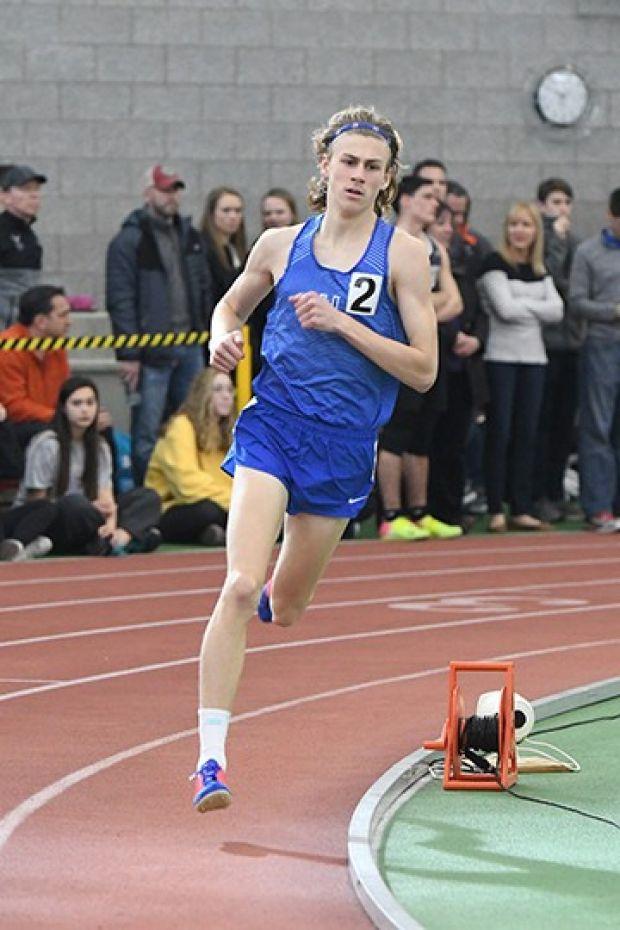 Hall High School stepped up probably more than other team on Saturday.  While they ran away with their second consecutive Class L title last week, they didn't have a lot of expected point that transferred to the Open.  But this is why we run the meets.  The Warriors started off with some big points taking 3rd in the 4 x 800m.   The team of Cole Canarie, Paul Chavey, Dylan Rendon and Muhammad Ali ran a season best of 8:13.43.

But it was their dynamic duo of Trey Cormier and Miller Anderson who kept them in the hunt until the very end of the meet.  Cormier broke 4:20 for the first time in the 1600 running 4:19.68 good for 3rd.  He came back in the 3200m to beat everyone in the second pack and finished in 4th with another PR of 9:25.61.

While Cormier would get his team's MVP award almost any other year, Anderson had an even better day.  Running in the slow heat of the 1000m, he took the lead from the gun and ran a six second PR with a 2:31.79.  The more amazing accomplishment was that time tied pre-meet favorite William Landowne of Staples.  Thanks to the fully automatic timing service, Anderson was declared the winner by .001 seconds.  About an hour later, the junior came back to anchor his sprint medley relay to the victory with a time of 3:40.59 which is good for another 10 points. 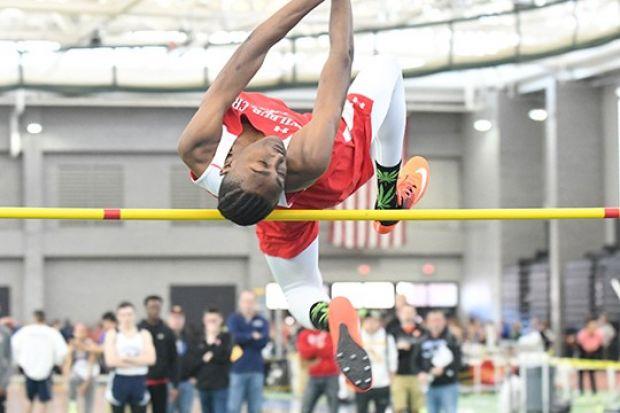 In other action, Ja'kwan Hale of Derby cleared 6'8 in the high jump take the win and moved up to number 15 in the country. His win helped Derby to place 3rd as a team, their highest finish ever at the Open.  Hale also teamed up with Bevon McLean, Steven Stanley and Ken Little to take 2nd in the 4 x 400m with a time of 3:32.18.

Little also took 5th in the 1000m and the Red Raiders duo of Brian Jalowiec and Tristan Pruzinsky went 4-5 in the shot put with throws of 50'10 and 50'8.75 respectively

In the long jump, all but one of Career's Dyshon Vaughn's jumps would have taken the gold medal.  But it was his second jump of the meet that went the farthest.  The senior moved up to tie for 8th in the US with a leap of 23'8.5 which is less than eight inches off the national leader.

Windham's Alexander Korczynski continued his undefeated season in all of his races by going right to the front in the 1600m and leading wire to wire.  His time of 4:15.49 is a personal record and 6th fastest time in the US.