Individual Previews- The FCIAC never has had a lack of national and regional level competitors.  Benjamin 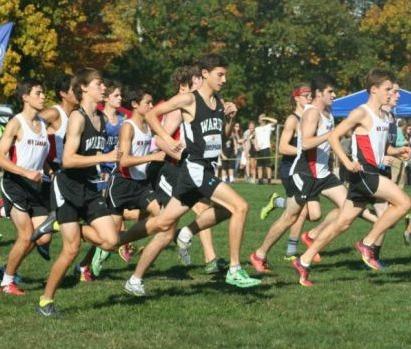 Seiple looks to take over from his former teammate, Zakeer Ahmed who won FCIACs and the State Open last year for the Wreckers.   Seiple ran a 9:13 at New Englands and is probably the favorite.  His teammate William Landowne ran 4:19 for the 1600m and was Class LL runner up and Danbury senior Dan Nichols, who has run 9:23 for 3200m, have a shot at challenging him.  Fairfield Warde's Alexander Mocarski was State Open runner up in the 1600m with a 4:17 and Trumbull senior Tyler Rubush, who has run 1:56 for the 800m and 4:21 for the mile will be in the mix as well.

Team Previews-.  Staples has the top three returners from last year's FCIAC winning team, the top returning JV finisher and the freshman champion.  It would take a miracle to defeat the Wreckers who also qualified for NXN and have a great shot to do it again this year. They are currently ranked 21st in the Flo50 Boys Team Rankings preseason poll.

Fairfield Ward returns seven of their top eight off their 4th place State Open finishing team and should move up from their fourth-place finish in the FCIAC last year.   Danbury was hard hit by graduation, but they still return two All State runners, Nichols and Tyler Granja.  The Hatters, who have won 21 of the last 26 FCIAC titles can never be counted out.  In the ultra-competitive FCIAC, New Canaan may be overlooked but they have a legitimate shot at the Class L title.

Their coach, former world class 800m runner Bill Martin likes what he sees in the Rams.  "The Boys are very excited about their chances this season" he said.  "The background work has been done and the foundation is set. We've met as a team and the focus is there for a run at the State Championship in Class L." 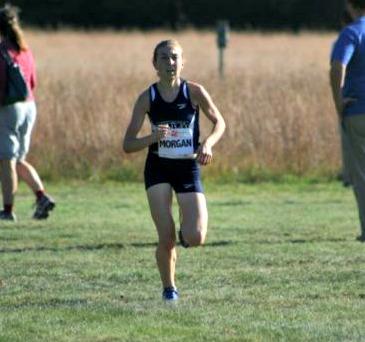 Individuals- Morgan McCormick surprised many people last year by taking the FCIAC and State Open championships.  But her outdoor season was cut short due to low iron levels.  According to her Coach, Jeff Gee, she is back 100% and "set a PR for the mile on our cross country course in a time trial."

Behind McCormick, the FCIAC boasts four other girls who have run between 5:00 and 5:10.  Greenwich's Zoe Harris and Emily Philippides earned All American status and helped set the Connecticut indoor 4 x 800m record at New Balance Indoor Nationals and have both broken 5:10.  Junior Gabriella Viggiano ran a 5:08 1600m for Ridgefield last outdoors after being injured for the post season last fall.  Lauren Moore of Danbury has steadily improved each season and after her FCIAC leading 1600m time of 5:04 along with a 11:11 3200m, puts her in contention for a top five finish.

Teams-  Ridgefield is in a rebuilding year according to head coach John Goetz.  The Tigers graduated three of their top six from their FCIAC, Class LL and State Open championship team. On top of that, their top two returners are injured. Sophomore Tess Pisanelli who was on and off their #1 runner should be in shape for the postseason and Casey McGerald is going out for the swim team to help her recover from a stress fracture.

Goetz said, "we have a strong three, but after that, I have no idea."  But don't weep for Ridgefield because they return the top three finishers from the FCIAC JV race and they also won the freshman race as well.

Greenwich, last year's runner up, is looking strong in the preseason according to their coach Evan Dubin. "Everyone who will be a factor this season is back, and looking very strong" he said.  "They ran the summer mileage, and it's clear to see the progress they made. Catherine Harper is a freshman who is looking very good.  She could very well work her way into the top seven."

You can never count out Wilton who has won nine FCIAC cross country titles.  They return defending FCIAC and State Open Champion McCormick but after that, they graduated three of their top seven from last year.

Looking to make their way into the upper echelon of league is Danbury who return their top six runners and made great strides during track season.

Subscribe to Milesplit for a complete listing of all the returners, plus virtual meet scoring for each conference and class meet.