Joe Pearl of Manchester should be the favorite. Steve Sutton of Tolland would have challenged but according to Hall coach Jeff Billing, he may be coming into the season injured.  Trey Cormier, Miller Anderson, and Willem Landis should be in the mix for Hall along with Killian McNamee of Tolland who will be one of the top sophomores in the state.  Solomon Davis of Simsbury will be a factor as well as Sam Wilcox of Glastonbury.

Teams- Hall comes into the season as the favorite in the conference and has a shot at the podium at the State Open. Billing stated "team-wise we won last year with five sophomores as our top five so I guess we have to be the favorite. Tolland ran amazing last year and only lost one of their varsity runners - so I have a lot of respect for them and where Coach Elliott always has them at the end of the year. East Catholic and Manchester both should be strong and I'd expect Glastonbury to be in the mix as well."

Hall, with last year's "Kiddie Corps" now maturing, has some big goals this year.  After being ranked in the top six in coaches poll all season, they surprised many people, including themselves by having an off day at the Class L meet and not qualifying for the State Open.  They came back to win the Class L meet indoors and sent groups to both indoor and outdoor nationals.

Billings was philosophical about the disappointment last fall.  "The reality was we had one bad day. It came on the biggest stage of that year, but it was just one bad day, and we made sure they knew that it didn't mean anything more than that. We went into the summer with some pretty big goals and they're in a great place right now, so we're excited to get back to late-October and November and battle it out with the other top teams in the state and the region."

Teams- According to veteran Glastonbury coach, Brian Collins, the top CCC girl's teams should be 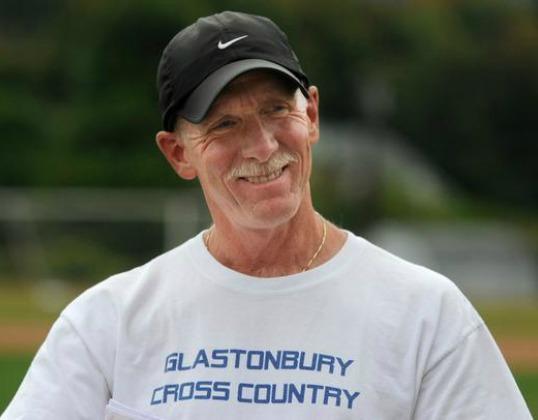 Hall should be greatly improved from last year with the addition of Jenna Zydanowitz who ran a 4:58 for the 1600m at the NE Championship Outdoor track meet as a freshman.  Rose Kitz will be a sophomore and ran a 5:15 in track and Francesca Lynch was sub 5:30. They'll need to get a good 4th and 5th runner to compliment the first three.

RHAM returns their top 5 runners, including Libby Walker and Brooke Almeida who were All State and helped their team to the Class MM state title last year.

Avon brings back five of their top six runners.  Joining them will be Haley Gen who ran 11:20 for 3200m last spring and has switched from swimming to cross country.   This will give them another shot at RHAM who edged them out in both the conference and class meets.

With all these fine additions to the conference, Glastonbury is still the favorite.  They have six of their top seven returning and a few additional girls who weren't healthy last XC season back in the line-up now. They finished 3rd in the State Open last fall, only 18 points off Ridgefield's winning score. In track last year, they won the New England indoor and and outdoor  4 x 800m.  They also have the top two returners from the CCC meet, Erin McGill and Brittany Anderson and five other returners who have run 5:21 or faster for the 1600m.

Collins stated "our biggest goal is to stay healthy!  If we do, we should have a good chance to win the CCC meet."

Individuals:   McGill brings 2:13 and 5:04 speed to the table but it will be interesting to see how much Zydanowitz's track success carries over to cross country.  Avon's Gen should also be able to content for the title now that she is a full time runner.