Roger Ludlowe of Fairfield came out on top of the standing at the WCC Middle School track and field championships off a balanced approach that allowed them to score in all 13 events.  They defeated  Fludd Middle School of Stratford by a score of 92- 74.5 with the Wilton Running Club taking third with 65 points

Ludlowe swept both the long and high jumps with Carter Lambo taking the long jump in 18'6.75 and Tim 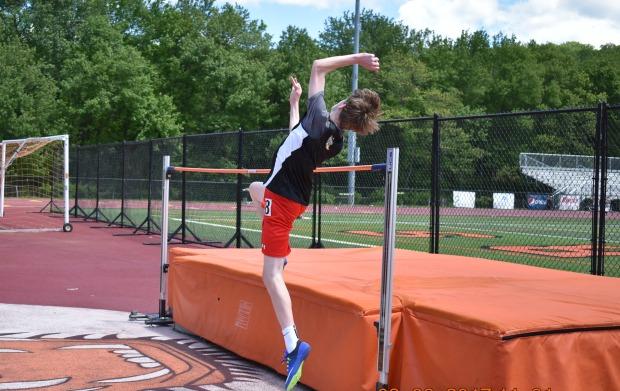 Northrop winning the high jump with a 5'4 clearance.  The team from Fairfield sweep both the boys and girls jumping events in the meet.  Check out CT Milesplit's interview with the three championship jumpers and their coach by clicking here.

Northrop also took 4th in the long jump and 7th in the 55HH.

While Lambo and Northrop were the team's superstars, they had a large supporting cast of a half dozen individuals who also scored fourths, fifths and 6ths to help put them over the edge. 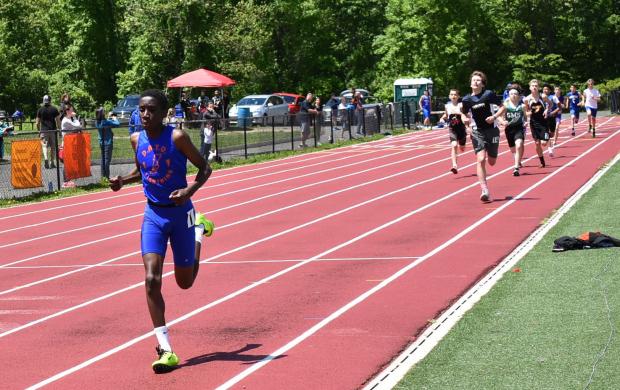 400m in 56.54 and 800m in 2:14.45. Parris is the younger brother Djenne Parris who holds several SWC records for Brookfield in the sprints and just finished her eligibility at Boston University.

Eight grader Luca Cazzaniga of Bethel pulled away from his nearest competitor after the first lap and broke five minutes in the 1600m with a time of 4:57.41.

Dennis Elrod of Flood Middle School swept both throwing events tossing the 4k shot 38-03 and 111'6 in the discus for a 17 foot PR.

The Wilton Running Club coached by Kevin Foley showed off its sprint prowess with John Wise and Wooder Thoby going 1-2 in the 100m dash, Thoby winning the 55HH and their 4 x 100m relay made up of Robert Young, Max Unangst, Thoby and Wise teaming up for the win with a time of 51.88.