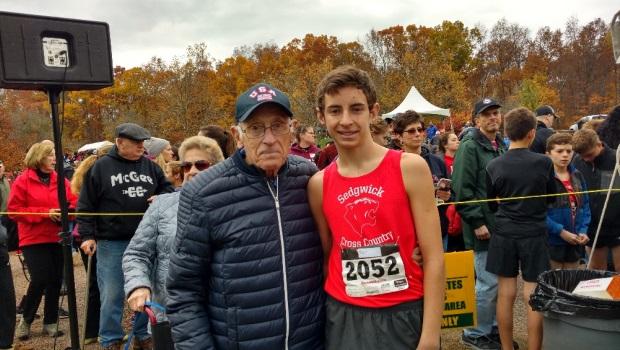 Tyler Remigino of Sedgwick Middle School, a fourth-place finisher in the 'A' Race, poses with his grandfather, 1952 Olympic 100-meter gold medalist Lindy Remigino.

The 24th running of the Connecticut Middle School State Championships drew over 2,300 runners from all over the state to give fans a preview of the high school stars in the future.

The meet, held each year on Saturday, the day after the high school State Open, is broken up into three races per gender. The 'A' Races" are for the top seven runners per team and is run over a 2.3 mile course at beautiful Wickham Park. There are also 'B' Races" that are split into teams from the west of the CT River and east of the CT River.  Up to 20 athletes per team can compete in those huge races.

In the Boys 'A' Race" seventh-grader Gavin Sherry of Sedgwick Middle School of West Hartford defeated 440 runners who competed the course.  His time of 12:11 was 1:28 faster than last year when he finished 29th as a sixth-grader. Finishing 11-seconds behind him was Azaan Dawson of the New Haven Age Group Track Program. 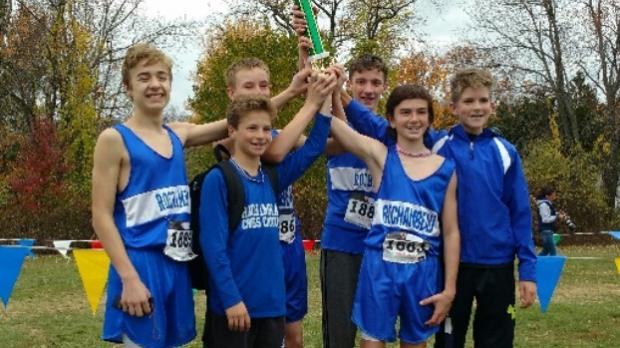 Rochambeau of Southbury, led by Timothy Monahan in fourth place won the team title with a score of 94 to Tolland's 118 points.  He was supported by Christopher Murphy (14th), Joseph Nihill (18), Ryan Sokol (22) and Jaden Finkel-Hozer (36th) to round out their scorning.  They moved up from third last year, while Tolland maintained the runner up spot for the second year in a row.

The girls' race, which had 388 finishers, was won by Elizabeth Brown of James H. Moran Middle School in Wallinford. The eighth-grader ran a strong second half of the race to win a close battle over Peyton Bornstein of Tolland Middle School with a time of 14:23 to Bornstein's 14:28.

Rochambeau was able to defend its title from last year and also matched their boys' team for a sweep of the championship trophies. The team was made up of Katherine Wiser in fourth, Bethany Karp (seventh), Alissa Hurd (24th), Charlotte Brehmer (27th) and Ellen Oemke in 31st. Smith Middle School in Glastonbury finished second with 124 points. 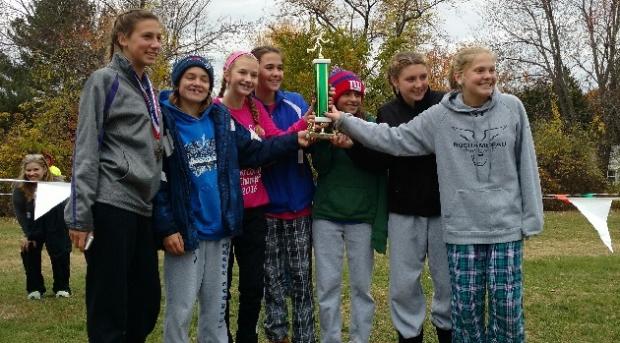 Winning the 1.7 mile West of the River boys' race was Dylan Imbruce of the New Canaan Blazers in 10:12 and Catherine Minger of Old Saybrook MS took the girls' race in 11:12

The East of the River race was won by Julien Minnick of East Hampton Middle School on the boys' side in 10:20 and Kaiya Deurloo of Tolland MS in 12:01 for the girls.