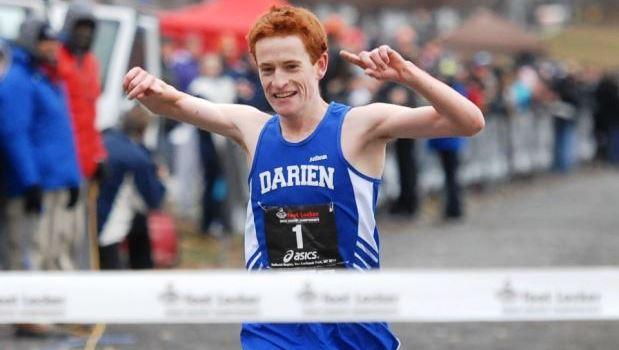 Connecticut will be well represented at the Foot Locker Northeast Regional this weekend. Based on the preliminary list that was released on Sunday, more than 130 runners will head down to New York's Van Cortlandt Park for the regional meet.

In last year's event, the Nutmeg State had four of its harriers earn a trip to the nationals in San Diego with a top-10 finish. Former Darien standout Alex Ostberg won the boys' race with ex-rival Ari Klau of William Hall taking third overall. The girls' race also had two make the cross-country trek with Staples' Hannah DeBalsi finishing as a runner-up and New Fairfield graduate Gabriele Richichi securing a spot with a ninth-place showing.

It could be more of the same this weekend.

DeBalsi, who finish second at the nationals as a sophomore, will be making her third appearance to Foot Locker. Based on how she has run this fall, expect her to earn her third trip to Balboa Park for the Dec. 12 national meet. DeBalsi goes into the race two weeks after capturing her third straight New England title. She also won her third consecutive crown at the State Open this season. With limited racing, DeBalsi has been focusing all her attention at peaking at just the right time for Foot Locker.

The boys' race has potential for at least three CT athletes placing among the top 10 - Eric van der Els of Brien McMahon, Gabe Altopp of Ridgefield and Randy Neish of Glastonbury. Neish is the only runner out of the trio to compete at the regionals last year. He was 21st overall with a time of 16:02.9. He should fare better this time around. He's coming off a season where he won the Woods Trail Run at Thetford Academy, a 5K course that can rival the difficulty of Van Cortlandt. He was also third behind van der Els and Altopp at the State Open. Altopp, who owns a best of 15:39, was a runner-up at divisionals, State Open and New England Championship.

Van der Els, the recent State Open winner and a third-place finisher at the New England's, will be at the New York venue for the second time this fall. On Oct. 24, he placed 12th overall in the Eastern States race of the Manhattan Invitational.