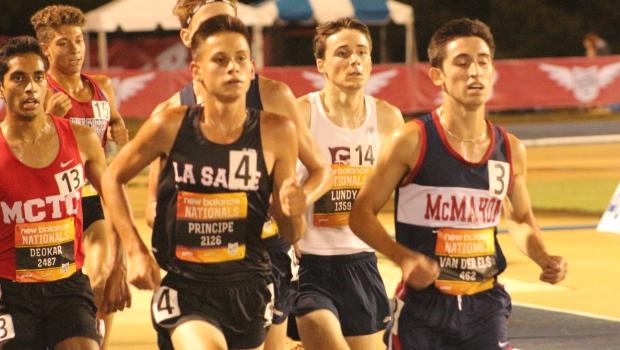 He's not the top returner, finishing ninth at last year's state meet. But the Brien McMahon senior is one of our top picks to win it all this fall at the State Open meet. With the graduation of Darien's Alex Ostberg, the field is wide open for individual honors. Van der Els goes into the season with the most momentum. He was the state and New England champion for 3,200 meters during the outdoor track season and capped off his year by finishing third in the 5K at the New Balance Nationals where he clocked an impressive time of 14:41.05. Van der Els was also second to Ostberg at the New England indoor meet where he ran an all-time best of 9:08.67 for two miles and was sixth in the mile at the Glenn B Loucks Games this past May where he ran 4:15.82. The Brien McMahon standout will have his work cut out for him with Glastonbury's Randy Neish, Darien's Armstrong Noonan and Ridgefield's Gabriel Altoop all returning after successful campaigns on the trails in 2014. Based on his improvement from last year where he had a 5K best of 15:40 on the dirt trails, van der Els may be the runner to beat.