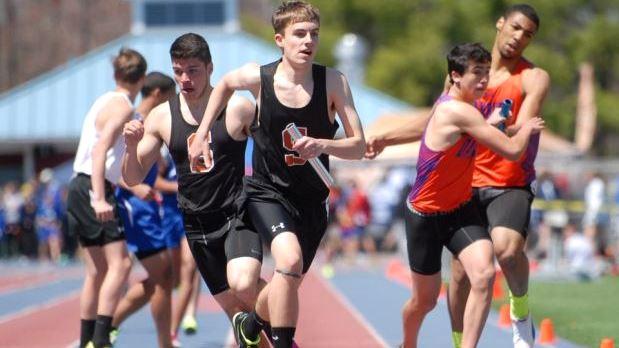 The 35th Annual Dan O'Grady Relays has become one of the largest meets in Connecticut, attracting nearly 70 teams from all over the Nutmeg State to Danbury High the last weekend of April each year. This unique team scoring meet focuses on team depth and the winners are the ones who can cover the most events with multiple good athletes rather than just a pair of superstars.

This year's rendition, held on Friday and Saturday, was highlighted by many great sprint races from Windsor and Danbury in both genders with Weston boys showing off their speed as well. The two day meet started off on a cold and windy Friday night which wasn't exactly ideal for fast times. But Windsor and Weston boys battled it out in the 800m sprint medley (100-100-200-400m) anyway with the Trojans, anchored by Simeon Okoro, last year's State Open 400m champion, extending their lead and winning in 1 minute, 35.77 seconds to Windsor's 1:37.11. The times qualified both teams for New Balance Outdoor Nationals in June.

The next day saw Danbury and Windsor put on a display of speed in the 4x100m and 4x200m relays with the Windsor Warriors crushing Hyde's 10-year old meet record by nearly a second, running a 42.88. The host Hatters also broke the record running a 43.21 but had to settle for the silver.

Both teams came back later in the day to go at it again in the 4x200m with the Warriors taking down Danbury's meet record set in 2007 with a blazing 1:29.65 to the Hatter's 1:31.37. Both teams qualified for the championship sections of NBON.

The Danbury girl sprinters also ran into a roadblock with Windsor taking home the wins in the 4x100m and 4x200m relays. The one race Danbury got their revenge on Windsor was the non-scoring, co-ed 8x100m relay at the end of the meet where Danbury's boys and girls had to break their own six-year old meet record to take home the victory and the first-place T-shirts. 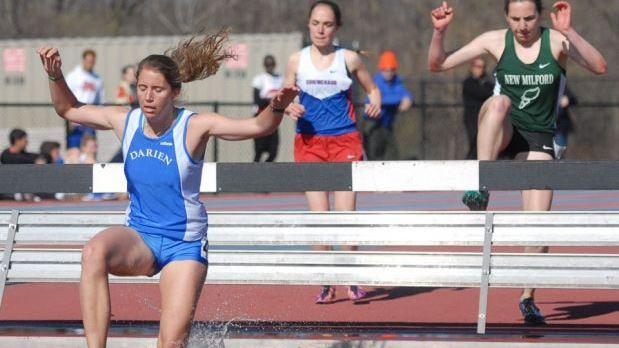 While Danbury and Windsor dominated in the sprints, Bloomfield stole the show in the throws winning the boys' and girls' discus and shot put, and scored top eight in the javelin. Also, Faith Estelle broke her own meet record in the hammer throw with a NBON qualifying 132 feet,1 inch toss, to lead a Bloomfield 1-2-3 sweep in the event.

The Danbury boys dominated the team competition winning three events and taking top three in eight to defeat Windsor 70.5- 48. The Hatters were denied a sweep when the Ridgefield girls barely squeezed by winning, 52-49. Ridgefield earned its title with the top three finishes in seven events. 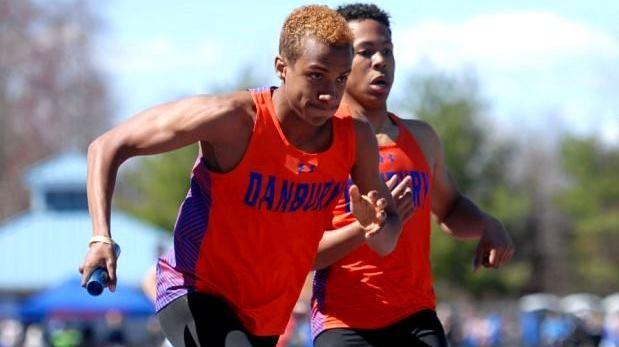