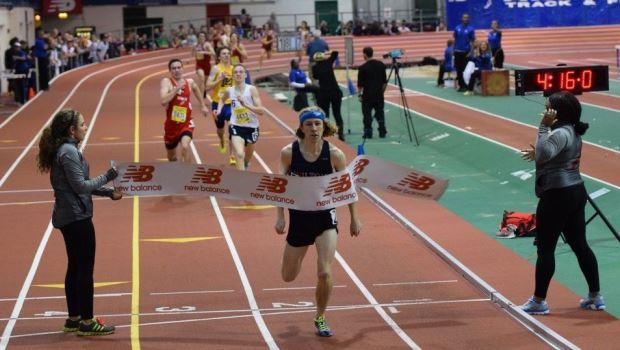 Spencer Brown earned a feather in his cap.

On Saturday, the Wilton High senior beat defending Millrose champion Luke Gavignan in the mile run at the New Balance Games in New York City, securing him a spot at the famed Games next month. Brown blazed the eight-lapper at The Armory in an indoor best of 4 minutes, 15.94 seconds. Gavignan, of Tappan Zee, N.Y., finished second at 4:17.25.

Brown's time currently ranks tenth nationally. Just two weeks ago he ran the country's third fastest clocking in the 1,000m with his winning 2:28.94 at the Elm City Invitational on Jan. 10.

In the boys' distance medley relay, Danbury was timed in a nation top 10 of 10:33.90 to take third overall. Ridgefield's Clint Corso was eighth in the two mile run, crossing the line in 9:45.25.